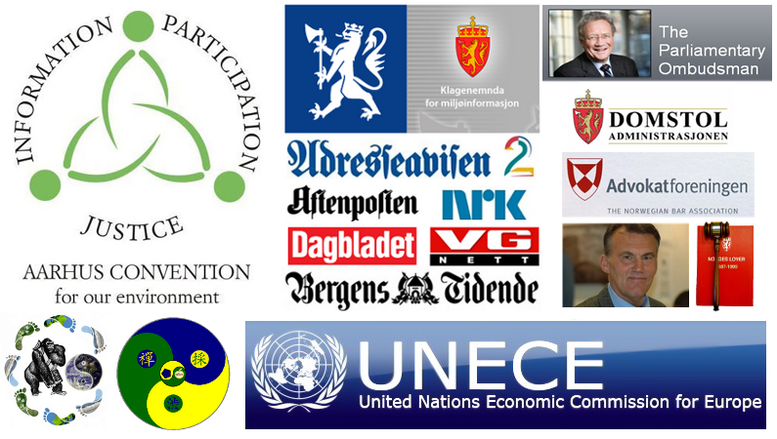 Economic Commission for Europe: Meeting of the Parties to the Convention on Access to Information, Public Participation in Decision-making and Access to Justice in Environmental Matters: Compliance Committee: Fortieth meeting: Geneva, 25–28 March 2013: Report of the Compliance Committee on its fortieth meeting (PDF): "38. Communication ACCC/C/2013/82 (Norway), submitted by a member of the public,
Ms. Lara Johnstone, alleged non-compliance by the Party concerned with the provisions of the Convention on access to information with regard to information held by media editors and the Norwegian Bar Association, and with the provisions of the Convention on access to
justice with regard to the response of the Environmental Appeals Board and the Parliamentary Ombudsman with respect to the related complaints of the communicant. The Committee determined that the communication was not admissible on the basis of paragraph 20 (c) of the annex to decision I/7.

An Appeal was subsequently filed with the Curia General Court in Luxembourg.